Dr Josh Matambo offers a wide range of Gynaecological services from consultations to room procedures as well as theatre procedures. He has accumulated a wide range of knowledge in the past 19 years of private practice. Besides the numerous conferences attended, he has undergone training for advanced Laparoscopic surgery with the IRCARD Institute in Strasbourg, France.

There are fluid filled sacs arising from the ovary. The most common symptom is pelvic pain which may be related to the menstrual cycle. The treatment of cysts is the contraceptive pill. Laparoscopic surgery is reserved only for larger cysts.

This is failure to conceive after 12 months of regular intercourse without using any contraception. The cause can either be male or female. Hence it is important that both come to the Gynae to be seen and a working plan done. The treatment may be as simple as being prescribed tablets, Laparoscopic surgery. Intrauterine insemination (IVI).

However severe cases of infertility which require IVF (In Vitro Fertilisation) are then referred to major centres for the IVF procedure.

These occur from the teenage girl to the lady whom is about to reach menopause. This is one of the most common complains to a Gynae.

The complaints range from:

Menstrual changes can affect a woman’s lifestyle resulting in missing school/work and not playing sports. Modern day medicine allows a wide range of therapeutic options from tablets to mirena loop, endometrial ablation, laparoscopic surgery myomectomy and hysterectomy as a last resort. Of course the treatment moderately will depend on the cause of the menstrual abnormally.

The management option is through an informed consent process and to tailor make according to the expectations of the patient.

Pelvic pain – this is a common complaint in women of all age groups. It is often the reason women seek Gynae assessment. The causes are wide from infection, ovarian cysts, pregnancy complications etc.

A colposcopy is a method of examining the cervix, vagina, and vulva with a surgical instrument called a colposcope.

The procedure is usually performed if the results of a Pap smear (the screening test used to identify abnormal cervical cells) are unusual.

A laparoscope is a telescope which can be inserted into the abdominal cavity through a small incision. A powerful light & TV camera allows the surgeon to see the abdominal & pelvic organs more clearly.

The video camera is connected to viewing screen to optimise vision during the operation. The surgeon can then manipulate the laparoscope and other instruments outside of the patient’s body to perform most gynaecological operations. Because the image is magnified the surgeon can see more clearly and can more easily prevent bleeding during surgery.

The following operations are best performed through a laparoscope:

Tissue samples care obtained for biopsy through the tube (laparoscope)

Dr Josh has had the opportunity to be trained by the IRCARD Institute in France. Since then he has been doing more and more Laparoscopic surgery and it is now the method of choice for the surgery. In this fast pacing world, women want to have quick recovery with minimal scars on their skin so that they can continue with their lives. Laparoscopic surgery offers this.

An abdominal hysterectomy is a surgical procedure that removes your uterus through an incision in your lower abdomen.

Sometimes a hysterectomy includes removal of one or both ovaries and fallopian tubes, called a total hysterectomy.

A hysterectomy can also be performed through an incision in the vagina (vaginal hysterectomy) or by a laparoscopic or robotic surgical approach, which uses long, thin instruments passed through small abdominal incisions.

You may need a hysterectomy to treat:

Myomectomy is a surgical procedure to remove uterine fibroids. These common non cancerous growths appear in the uterus.

The surgeon’s goal during myomectomy is to take out symptom-causing fibroids and reconstruct the uterus. Unlike a hysterectomy, which removes your entire uterus, a myomectomy removes only the fibroids and leaves your uterus.

If you need surgery, reasons to choose a myomectomy instead of a hysterectomy for uterine fibroids include:

Vaginismus is common in teenagers and women in their twenties.

The woman is unable to have penetrative sex without pain. It also happens when trying to use tampons for the first time. Usually you are unaware until this happens. In severe cases of vaginismus penetration is impossible. This can result in a breakdown of the sexual relationship. Factors which can contribute to vaginismus include urine infections, sexual abuse, anxiety, fear of losing control and misconceptions about sex. Treatment of vaginismus consists of injecting botox into the vagina as a once-off procedure, resulting in cure of the condition. 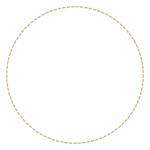